In this conversation learn about a ceremony with longstanding significance to Tucson Meet Yourself: a Yaqui ceremonial blessing. Since 1974, this blessing has been offered by members of the Pascua Yaqui at the close of TMY; the relationship of trust between the Yaqui and Yoeme people and festival organizers is such that TMY is one of the only non-indigenous, public settings in which this sacred ceremony is sanctioned. Elders in the Pascua Yaqui tribe have described the ceremony at TMY as a gift offered for the healing of the community, and for a new year of health and prosperity. We cannot enact the ceremony online, as visual and audio documentation of the protocols violates Yaqui spiritual practices and traditional authorities. Instead, we offer an opportunity for the community to learn more about the ceremony and about the ongoing relationship between TMY and the Yaqui/Yoeme people.

You can view this event below during and after its premiere. To interact with others during the live streaming, you can watch here:

(Preparing for the deer dance. TMY backstage. Shot with permission by Steven Meckler.) 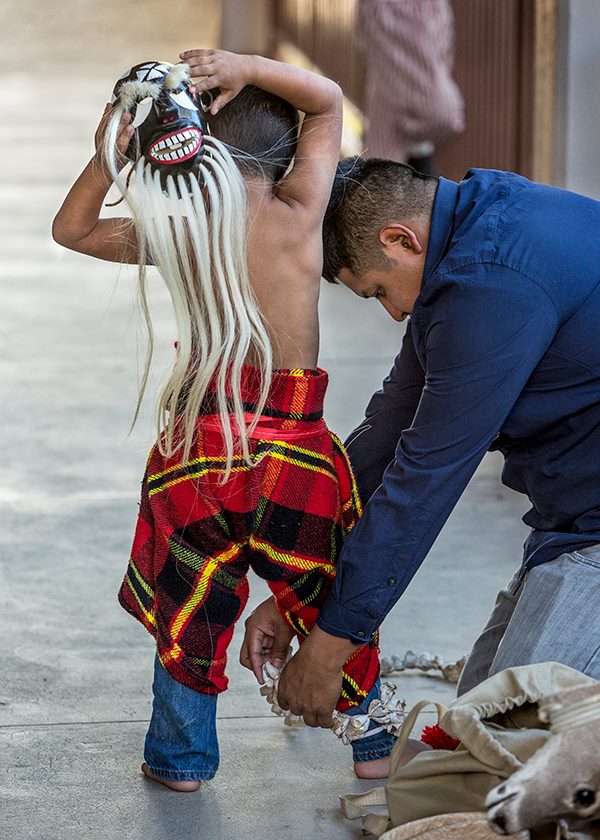