Dedicated to preserving and sharing Nordic culture and heritage, VASA Swedish dancers’ group formed 42 years ago. They perform traditional dances handed down from generation to generation, some dating back several hundred years. Most dances have now been written down to preserve them for generations to come. Dances include waltz, schottis, mazurka, engelska, and polka–all traditional folk dances from Sweden, Norway, Denmark, Finland, Greenland, and Iceland. Our repetoire ranges from 200-years-old dances to modern 20th century dances. Our costumes represent folk garb from Norway and various regions of Sweden. The group has performed at TMY since 1979 as well as at the December Nordic Fair. They have also performed at the Festival of Books, 4th Ave Street Fair, and for senior living groups. Anyone interested in joining the group can email pagracy@comcast.net. 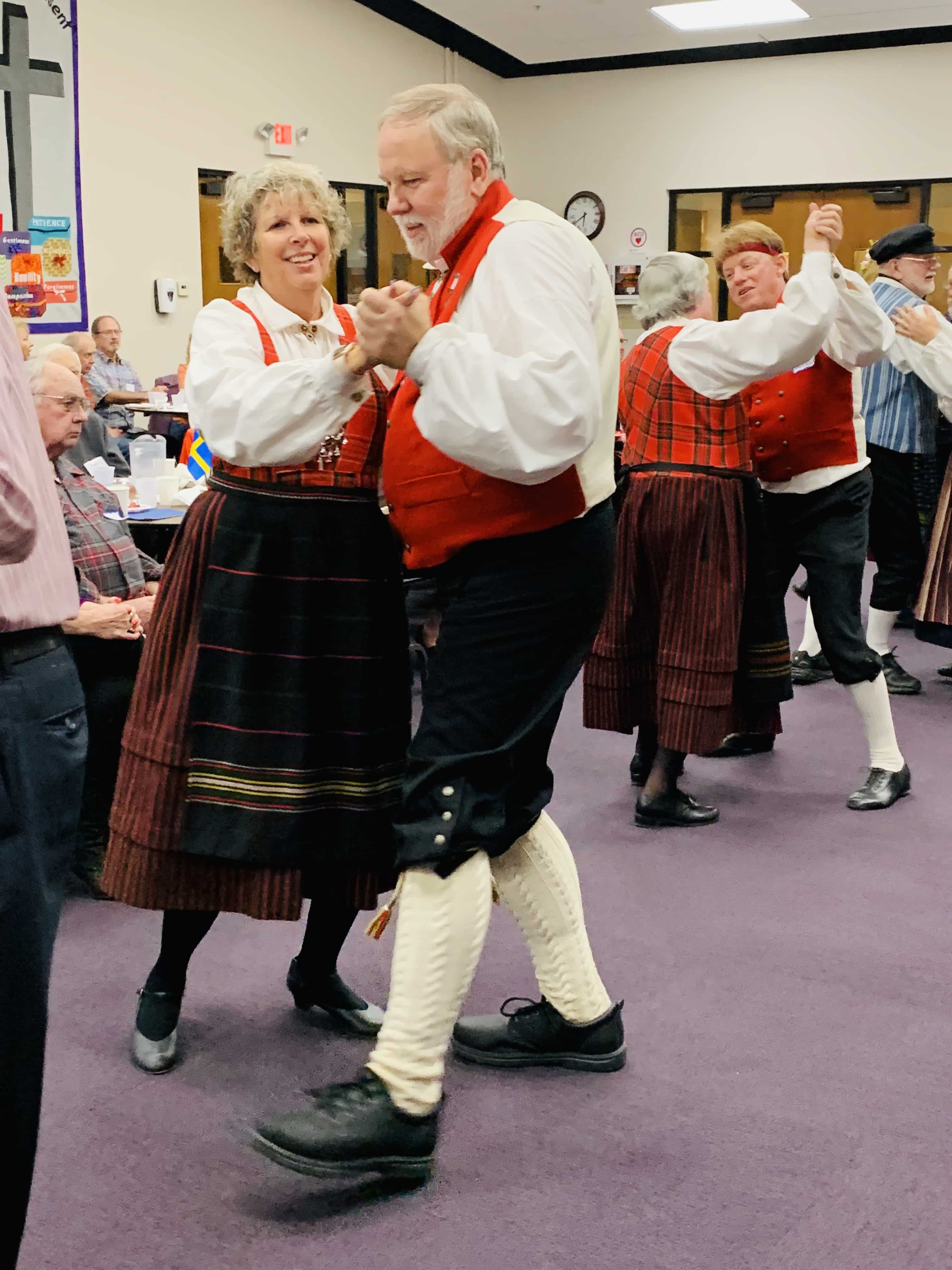