The UCA (United Capoeira Association) was born in the vision of Mestre Acordeon and Mestre Rã to create an organization where they could work together with similar philosophical ideals and yet preserve their own identities. Some of their American students then began teaching capoeira in different locations under the umbrella of UCA. As many capoeiristas and capoeira schools have embraced the system of “groups” as the paradigm of a capoeira organization, this strategy has proven to be very positive for the growth and survival of capoeira. However, Mestre Acordeon is from a time when the concept of “group” was yet to be developed; therefore, UCA is not a group as understood in the capoeira context nor is it interested in many “chapters.” UCA strives to be a community of students which appreciates and respects the collective work developing for all capoeira tendencies and approaches in Brazil and beyond.
Today, some of their students teach capoeira in different locations under the umbrella of the United Capoeira Association. 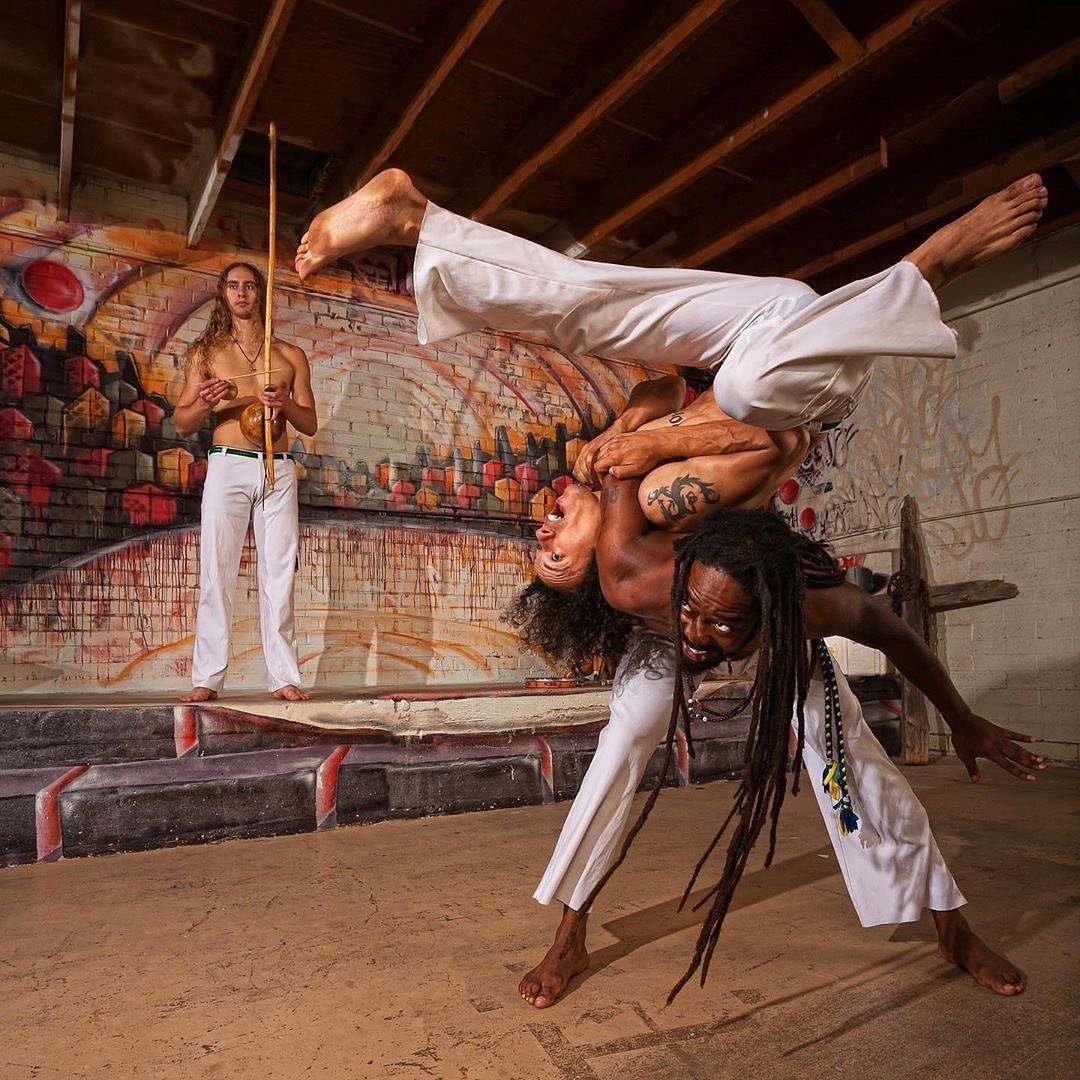