Ted Warmbrand is a folk musician who learned from Pete Seeger to sing to build community, stand against injustice, and bring joy to those around him. From peace rallies, churches, bars, street corners, in city council chambers, and classrooms Ted has carried the tradition of voicing current concerns through song to audiences of every age and persuasion. After he left his Jewish Immigrant family home in The Bronx, he traveled the country collecting and carrying songs. Arriving in Tucson in the 1970s he began developing a long-time cultural commitment to Tucson. He was an original KXCI programmer hosting Music from The Living Loom. He set up the non-for-profit ITZABOUTIME productions, bringing Tucson some of the world’s most prominent musical influencers in concerts consistently benefiting local humanitarian efforts. And he sang in The Tucson Labor Chorus (aka The Warblies?), and Jewish Muslim Peace Band of Cousins (aka Uncle Semite ), while organizing neighborhood fiestas. His commitment to community singing has never wavered. He convened monthly Sings and annual Workshops on songs of social movements and more. Along the way Ted received a couple awards for original songmaking and a 2019 Southwest Folklife Alliance Master-Apprentice Artist Award. He cherishes being named Tucson Weekly’s “Best Local Eccentric.” 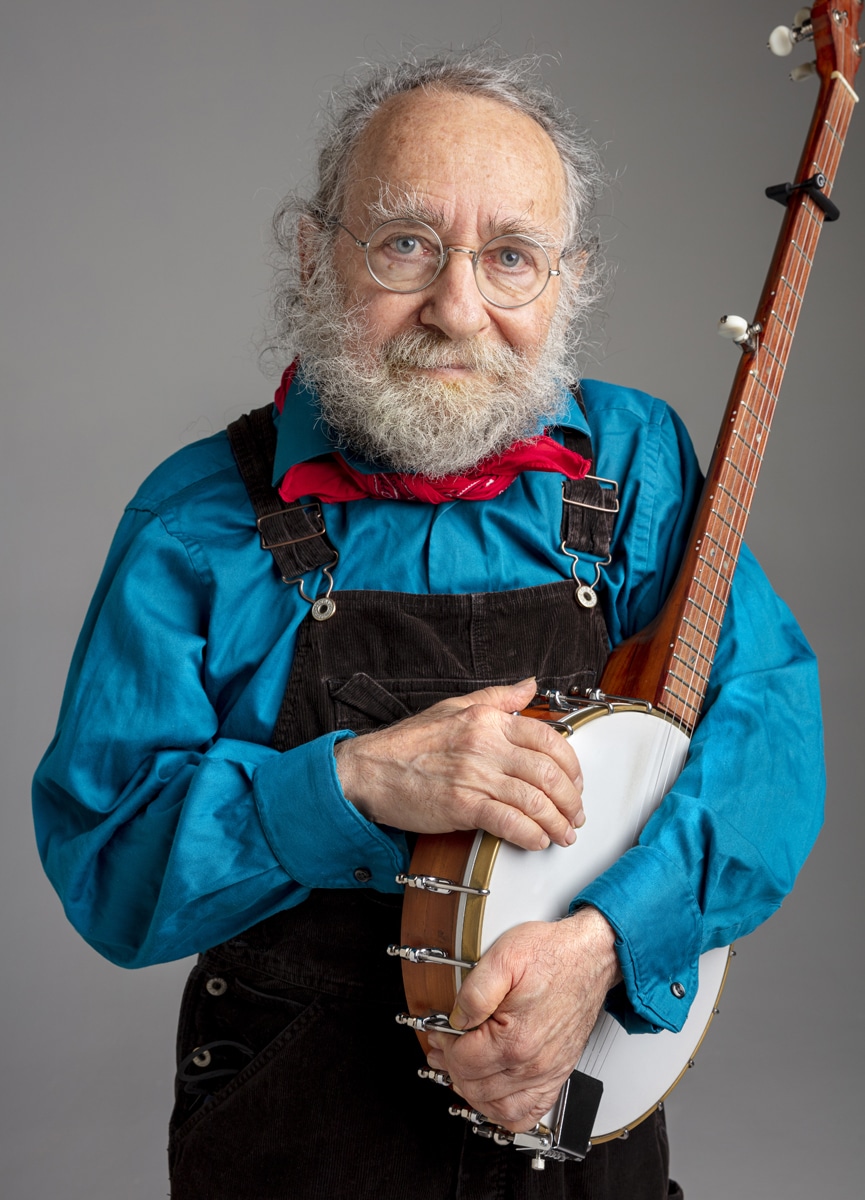