Shelden Nuñez-Velarde is a descendent of O’Ha Montoya, a micaceous utilitarian potter of the plains and mountains surrounding Cimarron, New Mexico. He trained under established Jicarilla Apache potters Lydia Pasata and Felipe Ortega. He continues this legacy adding his own stylistic choices to his work.
Drawing on techniques from his ancestors Nuñez-Velarde specializes in traditional Jicarilla Apache hand0coiled pottery. His process includes gathering clay and slip from local sources but shifts into his own unique styles in the practice. He soaks the clay, cleans, sis, mixes, hand coils, shapes, sands, polishes and then fires his pottery outdoors using pine or cedar wood creating works that merge Jicarilla tradition and contemporary styles.
Nuñez-Velarde has received national recognition and awards for his work for more than 25 years. He demonstrates his craft and teaches workshops throughout the Southwest. He is an accomplished bead worker and basketmaker as well. 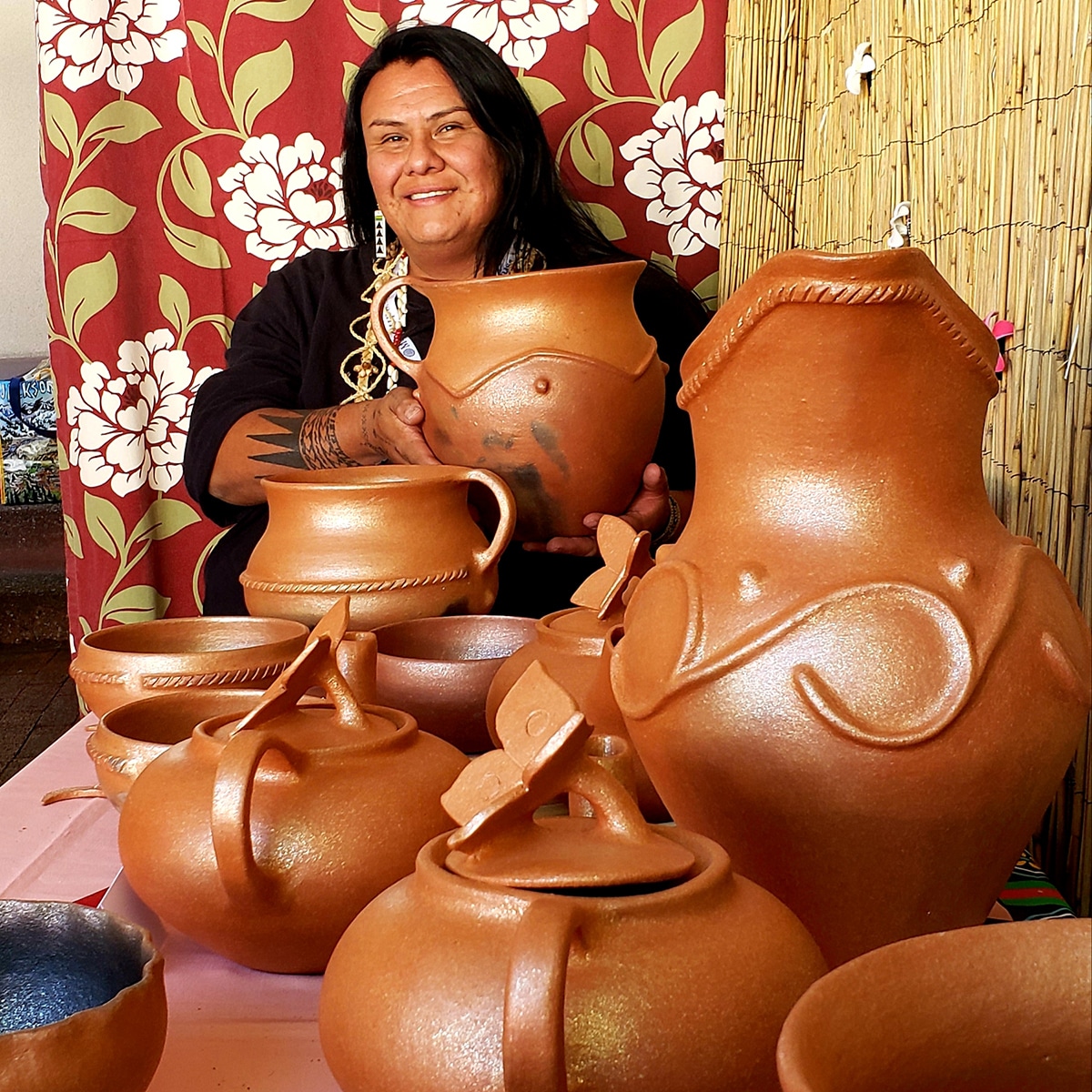