Odaiko Sonora is Tucson’s Japanese taiko ensemble drumming group. “Taiko” is the word for drum in Japanese, and the ensemble is known for its high-energy performances. Formed in 2002, the group has been a TMY favorite, bringing drumming, song, and folk dance in the taiko tradition to the festival. As one might expect, drums were important in Japan’s history: as communication, entertainment and in spiritual practice. Modern taiko, however, dates back to the 1950s and developed almost simultaneously post World War II Japan and North America. Taiko as a practice combines drumming, dance, and vocalization as a musical martial art team sport. Odaiko Sonora shares the artform with over 120,000 people every year through classes, performances, school residencies, team building and master workshops, and by producing concerts by internationally acclaimed taiko artists.Our players meet in various configurations 3 or 4 times a week, and includes beginning students, Community Group members, Performing Ensemble members and understudies. People play for wellness and conditioning, as a spiritual practice, to be part of a community, and because they like music and/or Japanese culture. Players range in age from teens to octogenarians. The group was founded and is directed by Karen Falkenstrom. 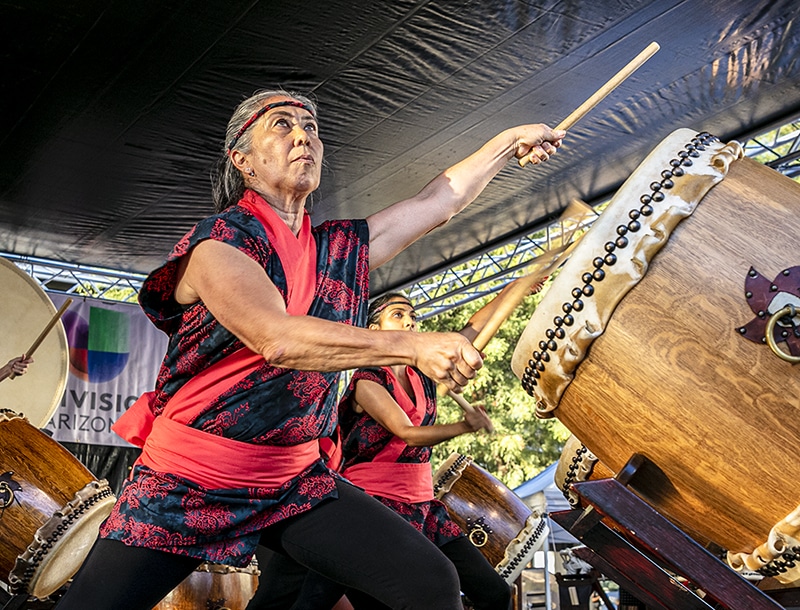