Piñatas are fascinating objects. Created only to be destroyed, they typify the temporary and fragile nature of so much folk art. They are built, often with a tremendous degree of skill and artistry, filled with candies and other goodies, and smashed to bits in the course of a party. But the expert piñata maker who creates a three-dimensional figure in paper-mâché, often working from a magazine illustration, has to solve many of the same problems as does the sculptor who works in stone of wood.
Although piñatas seem to have had their origin in the Mediterranean world of Spain and Italy during Renaissance times, they probably acquired their tissue-paper covering and much of their color in Mexico. By the late 19th century they were being made in a bewildering variety of shapes, including fruit and vegetables, human figures, and devils on bicycles. An important time for breaking piñatas is at the party ending the Las Posadas processions just before Christmas. The traditional and beloved shape for that occasion is the Star of Bethlehem.
Nowadays piñatas are created in all sorts of shapes, including comic book heroes and popular movie and entertainment figures as well as the more traditional representations. I have seen piñatas representing Sesame Street characters, Darth Vader, Michael Jackson, The Teenage Ninja Turtles, Bart Simpson. This timeliness seems itself to be a part of the tradition, and piñata forms have been constantly changing for well over a century.
-Jim Griffith, Folklorist 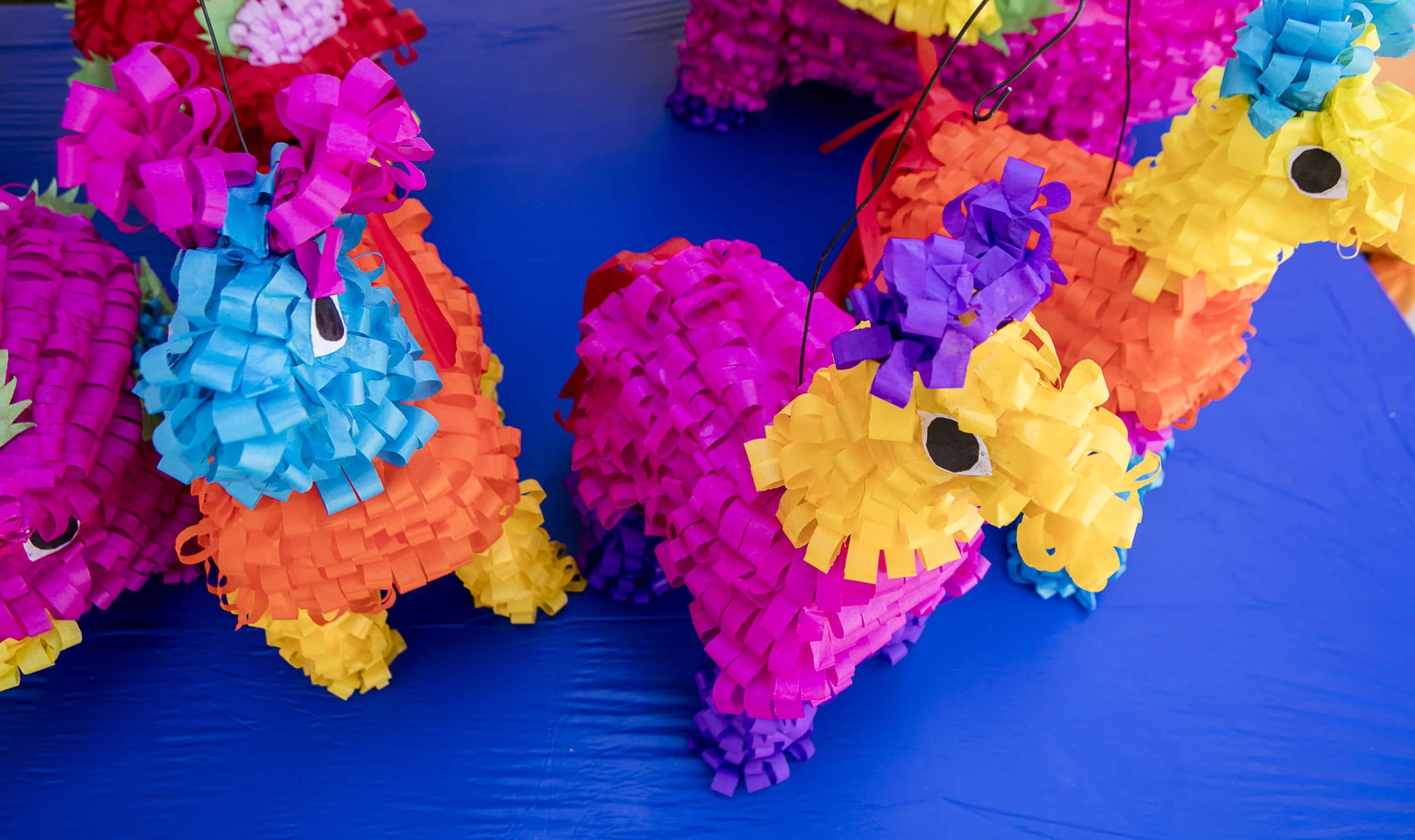