Originally from Bulgaria, both Anton Shekerjiev and Iskra Valtcheva left their home country at an early age and traveled the world. Their paths crossed in Tucson, where their shared passion for Old World music and their love for their culture led them to develop a repertoire of traditional Bulgarian songs. Anton is known for his performances with Balkan Spirit, Kyklo, Moreto, and as a member of Ensemble Rhodopchani, a Bulgarian bagpipe band. Iskra has collaborated with Kyklo, Purple Bamboo Ensemble at the University of Arizona, the Infinite Compassion Orchestra, Datura Moon Orchestra, The Drum Joy Band, Jesse Kalu and Khalid el Boujami. 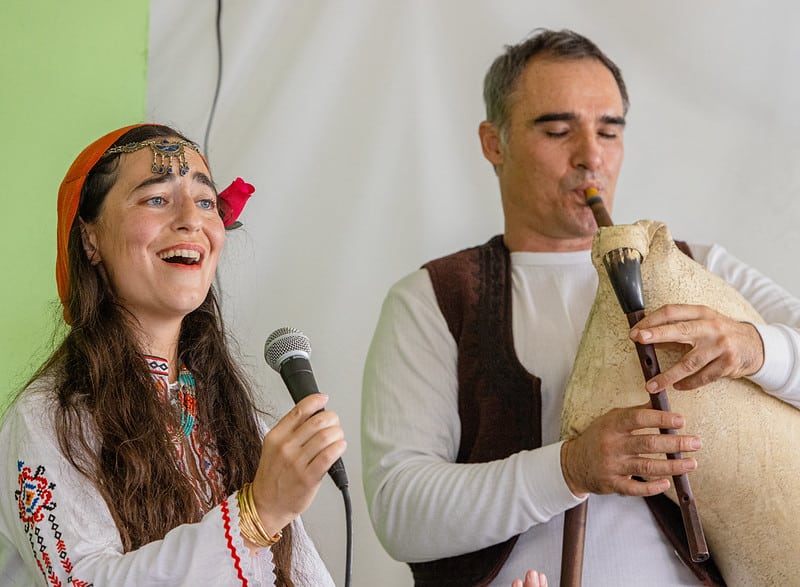