Louis David Valenzuela is one of the last traditional Yoeme cottonwood mask makers in Southern Arizona. From trees that have died, he harvests cottonwood and receives messages from it to guide his creations. He learned the form from traditional Pascola maskmakers from New and Old Pascua in Tucson. His masks represent significant cultural animals, such as Monkey, Goat, and Rooster. He also creates masks for the sacred Deer Dance, performed annually during the Pascua Yaqui lent ceremony. Valenzuela has taught and exhibited his work throughout the state. He is the recipient of a 2018 Master-Apprentice Artist Award from the Southwest Folklife Alliance. 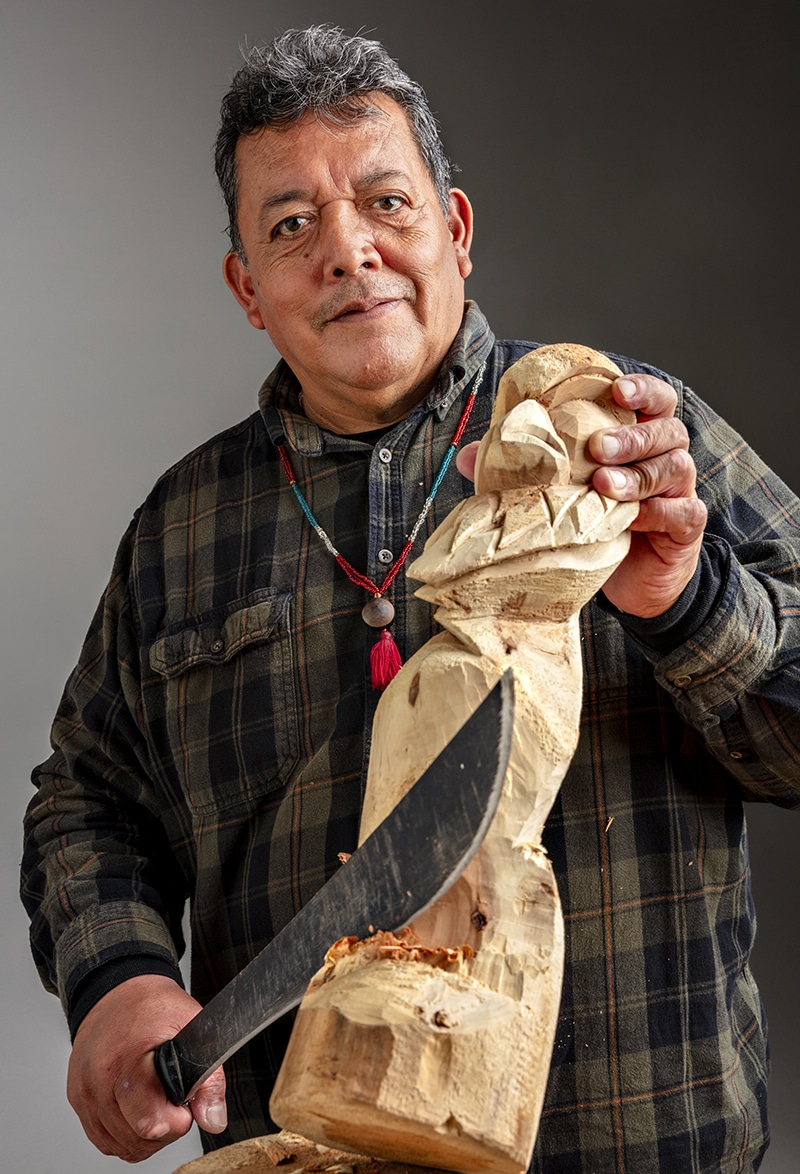