Gerald Lomaventema is a jewler in the Hopi overlay technique, which was first developed by Hopi artist Fred Kabotie and his brother-in-law, Paul Saufkie, in the 1940s. This technique involves using two layers of sterling silver: a design is cut into the first layer, which is then soldered onto the second layer. Lomaventema began a formal apprenticeship at age 19 through the Hopi Guild Co-op on Second Mesa, and later learned to create jewelry in 3D and with color. Gerald is a 2016 recipient of the Southwest Folklife Alliance Master-Apprentice Award.

“That’s a Lomaventema: A Hopi Silversmith on Making and Teaching.” BorderLore. January 2018. 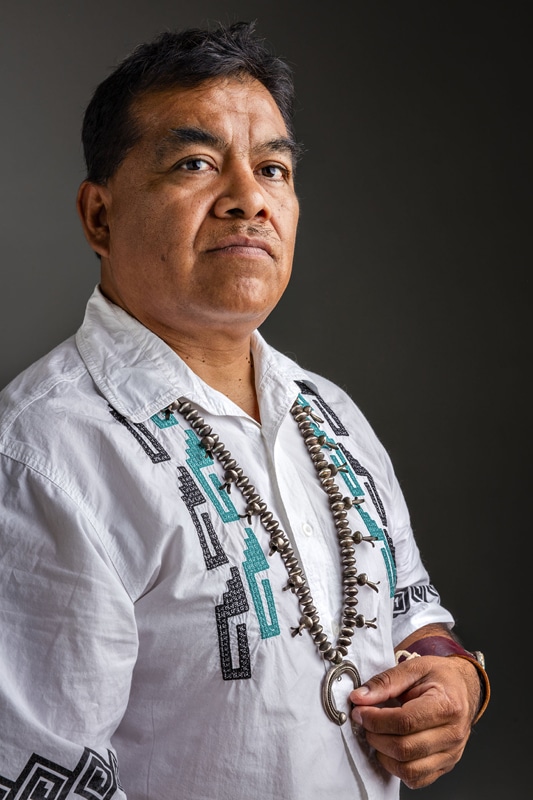