Oaxacan wood carvings are one of the great treasures of contemporary Mexican culture. These brightly colored wooden figures depict stylized animals both real and dreamlike, from raccoons and armadillos to dragons and mermaids. Known for their bright and whimsical colors, these handcrafted pieces are made by the skilled woodcarvers of the communities of Oaxaca.
Oaxacan wood carvings are sometimes called alebrijes, after the famous figures created by the Mexico City artisan Pedro Linares. Linares began making these creatures after dreaming that he had visited a strange forest populated by magical and frightening animals. When he awakened, he began making the figures so that he would not forget the creatures he had seen in his dream. His figures, however, were made of papier-mâché. The Oaxacan woodcarver Manuel Jiménez Ramírez was inspired by the alebrijes to make his own versions using wood, drawing on a local tradition of animal wood carvings that dates back to the Zapotec culture of Mesoamerica.
In Oaxaca, the wood carvings are made from the wood of the copal tree, which is soft and easy to carve when it is freshly cut. Once the figure has been carved, it is set aside to dry. Then, it will be sanded and retouched. Finally, it is painted using bright and dazzling colors. The result is a unique animal figure whose nature is limited only by the artist’s imagination. 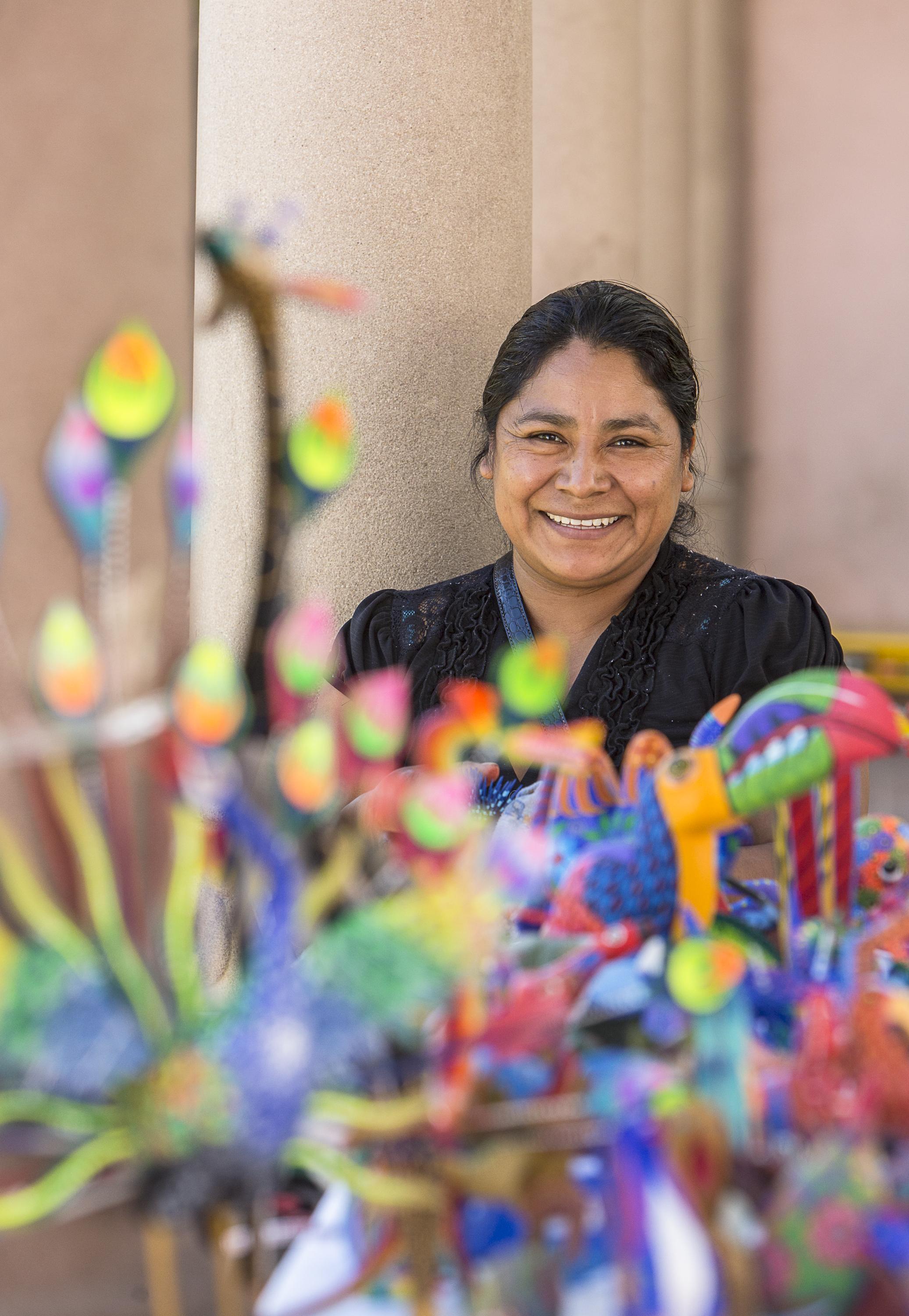