Fadi Iskandar is a master violinist from Syria with a deep musical understanding and knowledge of Middle Eastern music, theory, and culture. Trained as a young boy in classical violin, he then learned Middle Eastern music from elders in his community through improvisation and the practice of mastering by ear “maqam” or musical scales. His artistry is influenced by Arabic, Armenian, Syriac, Gypsy, French, Russian, Kurdish, Turkish, and Byzantine musical forms. Fadi moved to Tucson with his wife, the violinist Tamara Khachatryan, and their family in 2012 and is a 2018 recipient of the Southwest Folklife Alliance Master-Apprentice Artist Award. 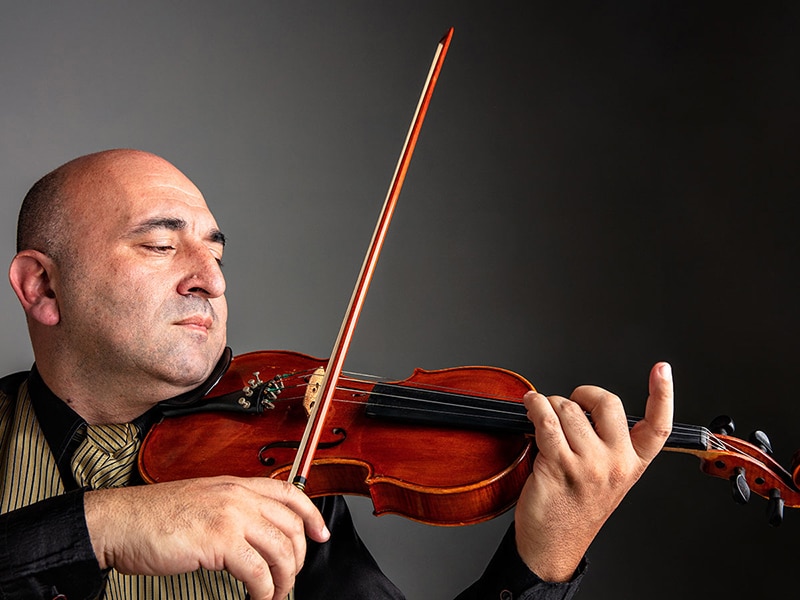