Dan Levenson is a 2017 and 2021 recipient of the competitive Southwest Folklife Alliance’s Master Apprentice Artist Award for his lifetime achievements in the tradition of Appalachian Old Time fiddle and banjo music. He has won contests including first place at the 2005 Ohio Clawhammer Banjo Championship and Grand Champion at the 2010 Ajo, AZ Fiddle Contest. As a Southern Appalachian native who grew up with the music of that region, Dan is a respected and sought-after teacher and performer of both the clawhammer banjo and Appalachian style fiddle and gained an international reputation performing and teaching workshops in fiddle, banjo, and string band ensembles in the US, England, Ireland, Israel, and Brazil. He is an editor for Banjo Newsletter Magazine’s “Old Time Way,” and has published fourteen books with Mel Bay publications including Clawhammer Banjo From Scratch and Old Time Fiddle From Scratch to get folks started, as well as repertoire books for those looking to broaden their tune list.
Dan will be joined for much of the set by guitarist George Flink and Bassist Kate Fox. 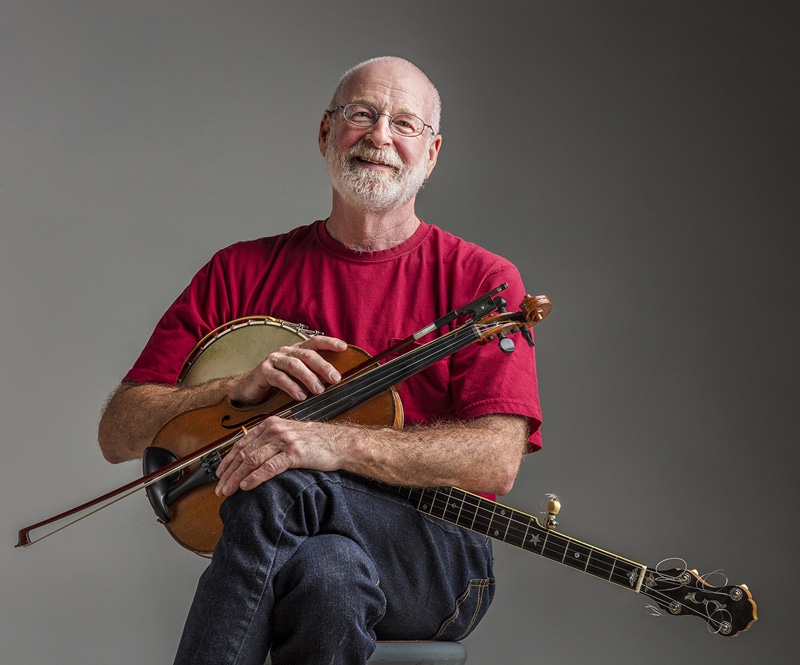