The Bouncing Czechs was formed in 1996 within the Tucson Czech-Slovak Club. Since then the band has grown in popularity and now performs throughout Arizona, playing European Polkas and Waltzes and many old time folk favorites. The band is an Oktoberfest highlight throughout Southern Arizona. Current members include band leader John Prokop, tuba; Roxanna Baker, accordion; Scotty Welch, trumpet; Budd Malchus, clarinet and sax; and Dan Duperre, drums. 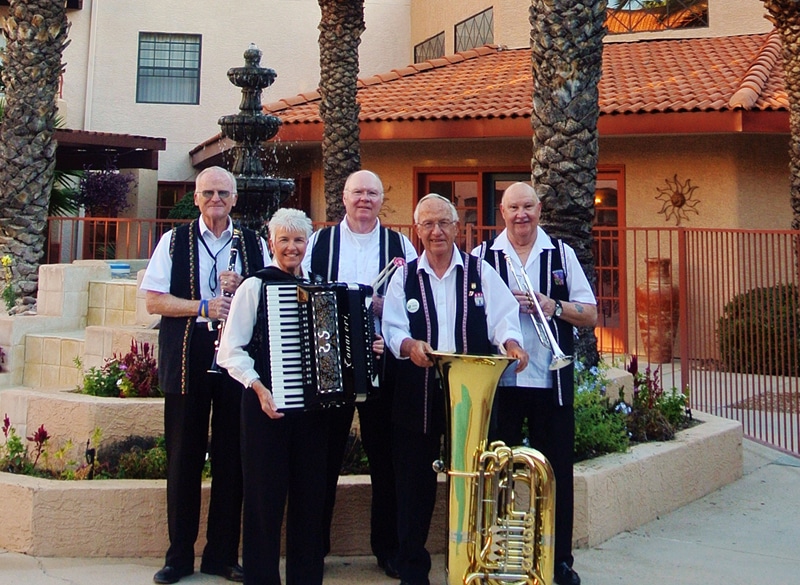 Notes
The polka is originally a Czech dance and genre of dance music familiar throughout Europe and the Americas. It originated in the middle of the 19th century in Bohemia, now part of the Czech Republic. The polka remains a popular folk music genre in many European countries, and is performed by folk artists in the Czech Republic, Poland, Germany, Austria, Slovenia, Switzerland, and Finland, and elsewhere. Local varieties of this dance are also found in the Nordic countries, the United Kingdom, Ireland, Latin America, and the United States. The polka also informs music from Northern Mexico and the waila music of the Tohono O’odham Nation.