Anthony Belvado is San Carlos Apache, from San Carlos, Arizona. A third-generation Apache fiddle maker, he was taught this craft by his grandfather. Little is known about this unusual string instrument and he hopes to preserve and promote the tsíí’ edo’a’tl (the Apache fiddle) and other Apache arts and crafts to a wider audience. He has shown and lectured on Apache fiddles at the Heard Museum and the Musical Instrument Museum in Phoenix, where he was commissioned to make an Apache-style bow for the Amos Gustina fiddle in the permanent collection. Belvado was a 2018 recipient of a Master-Apprentice Artist Award from the Southwest Folklife Alliance, the organization that produces this festival, for his work keeping alive the Apache tradition. 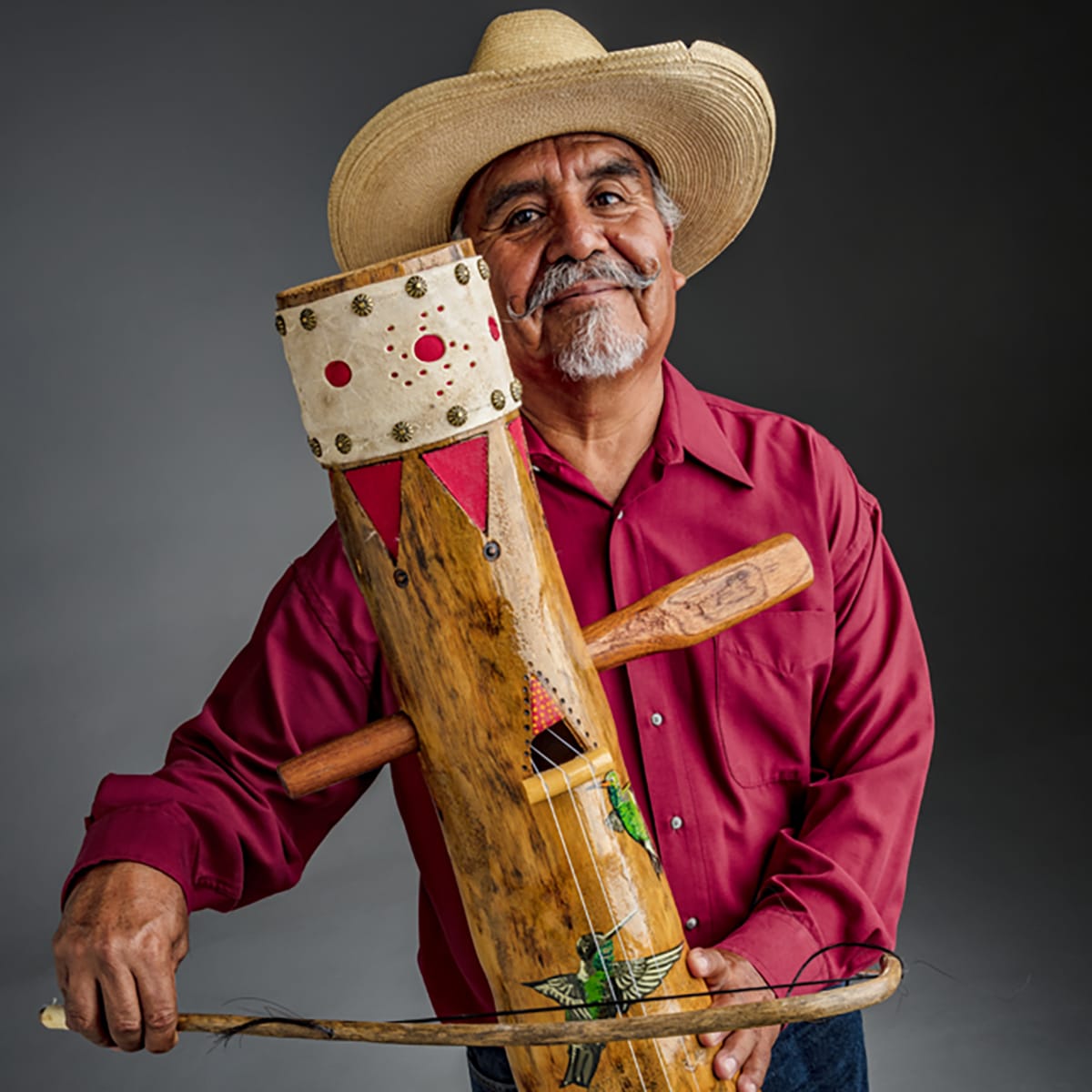