The art of Turkish tiles and ceramics occupies a place of prominence in the history of Islamic art. Its roots can be traced at least as far back as the Uighurs of the 8th and 9th centuries. Its subsequent development was influenced by Karakhanid, Ghaznavid, and (especially) Iranian Seljuk art. Seljuk mosques, madrassas, tombs, and palaces were lavishly decorated with exquisite tiles. The most popular colors were turquoise, cobalt blue, eggplant violet, and black.

The late 15th and early 16th century marks the beginning of a new period in Ottoman tile and ceramic-making. The most important center active at this time was Iznik. Designs prepared by artists who were employed in the studios of the Ottoman court were sent to Iznik to be executed in wares ordered for use at the palace. The court’s patronage stimulated and supported the development of an artistically and technically advanced ceramic industry in Iznik.

The earliest example of the new styles that emerged in the early Ottoman period are the ‘blue-and-white’ Iznik ceramics, and the designs are quite distinct from Seljuk traditions. The decorations include stylized foliage, arabesques, and Chinese clouds alone or in skillfully-executed compositions. By the middle of the 16th century, naturalistic motifs such as tulips, roses, pomegranates and hyacinths begin to enrich the repertoire of stylized plant designs and arabesques, in a variety of colors.

Countless examples of mosques and tombs not only in Istanbul but all over the empire were adorned with the products of the Iznik potters’ skill. Different styles of calligraphy adorn the tile friezes on monuments; there is also a proliferation of deep and footed bowls, vases, ewers, dishes, lamps, candle-holders, and mugs, and the decorations now include images of ships, ‘rock-and-wave’ motifs, triple-spots, animal figures, and fish-scale patterns alongside the more traditional flower and plant designs.

The art of Turkish tile and ceramic-making developed over the centuries incorporating many different techniques and styles. Developed and added to by Urartu, Roman, Byzantium, and Ottoman civilizations, the Turkish ceramic industry is home to some of the world’s oldest and best preserved pre-historical ceramic artifacts. [from www.grandbazaaristanbul.org] 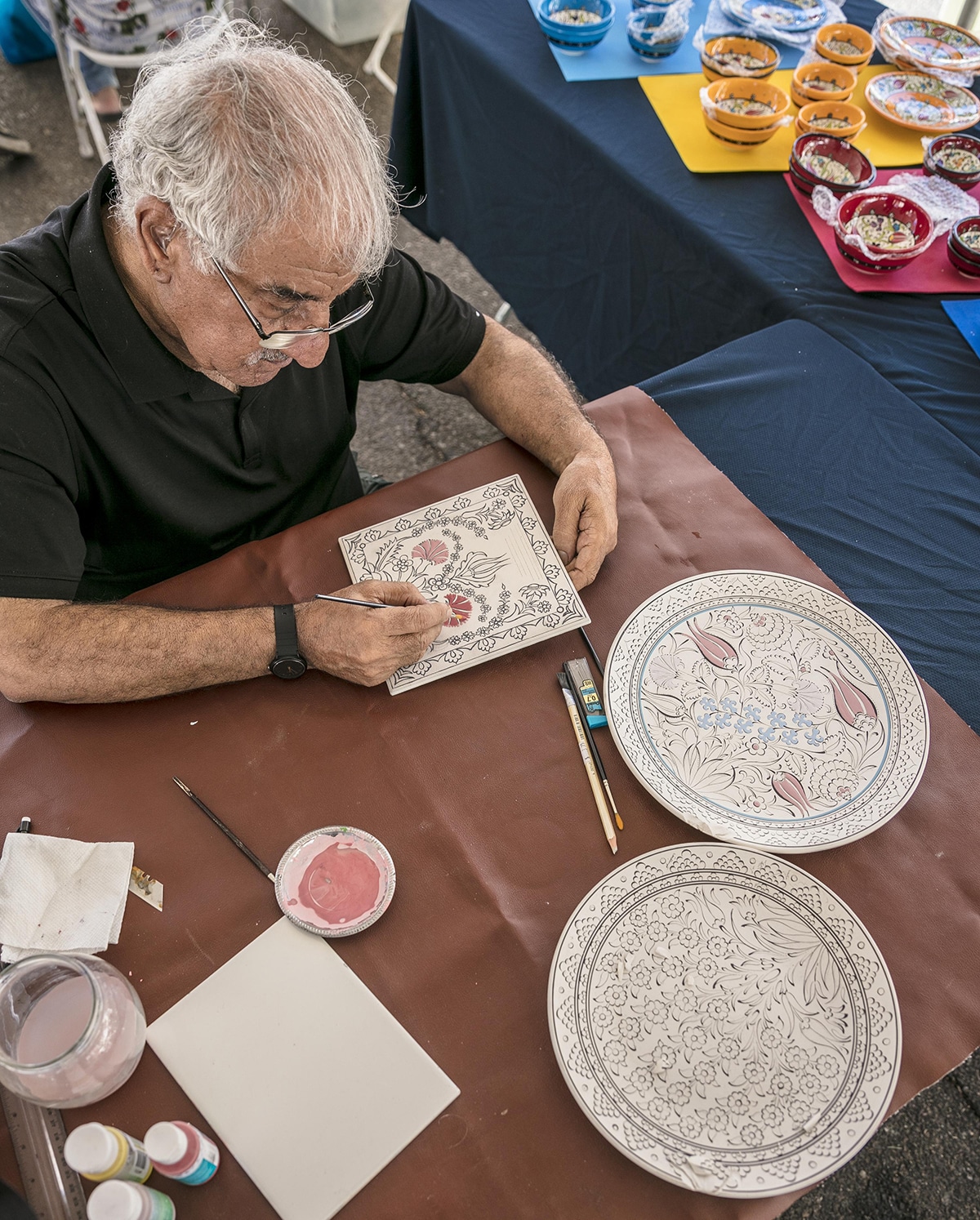