BBQ & Beats was born from the desire to bring a little of the underground dance music scene alongside with delicious BBQ to the public. When possible, we set up a sound system and allow local DJ’s to showcase their skills. Our menu incorporates flavors of southwest with hatch green chili and mesquite being key ingredients in recipes. BBQ & BEATS flavor you can dance to! 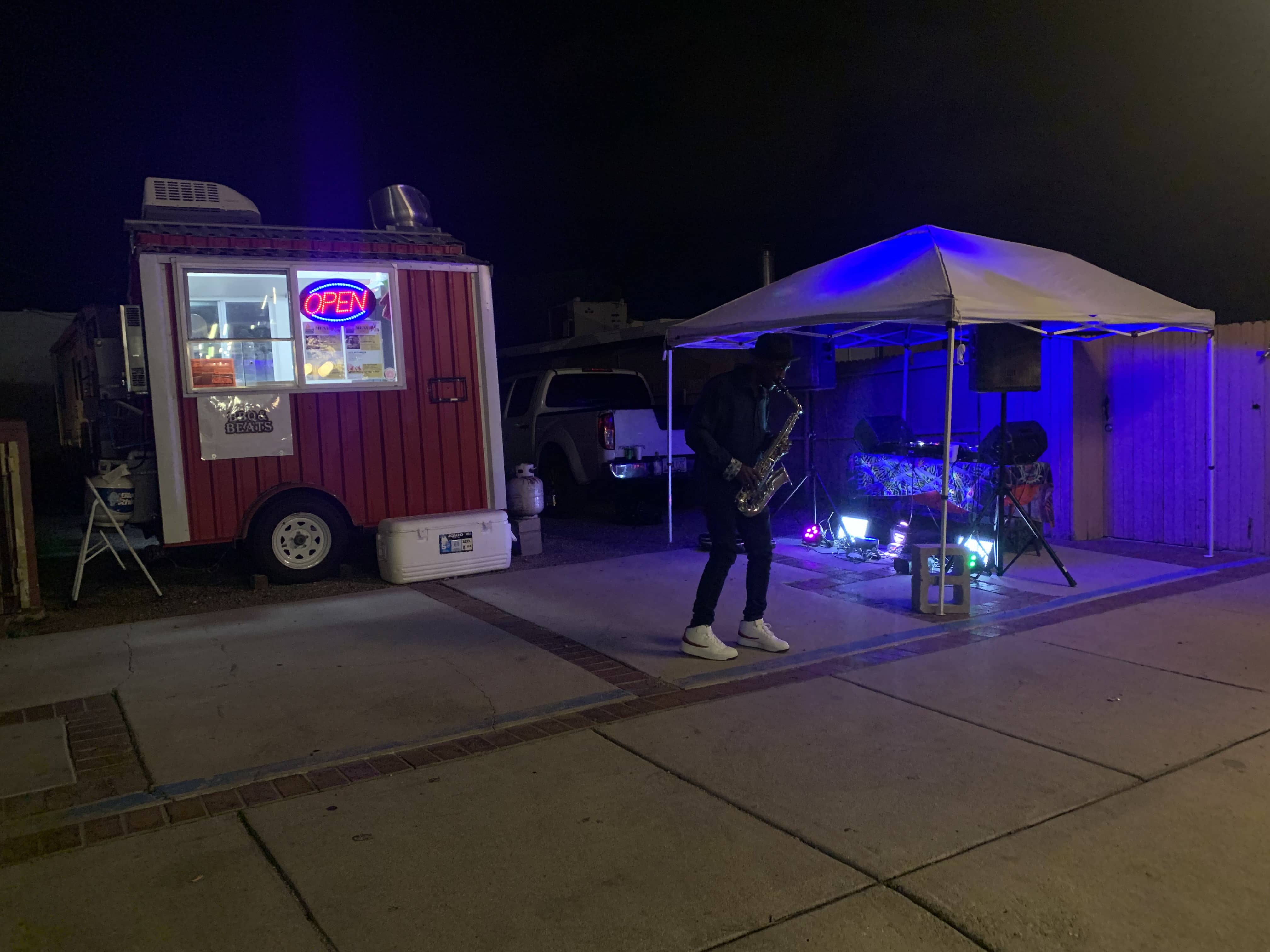