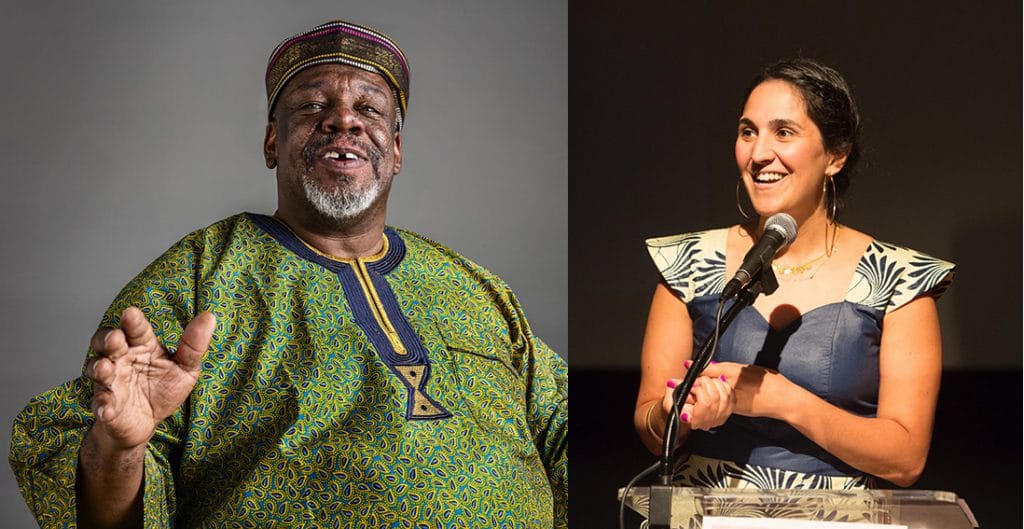 Storytelling as manifestation of change in African and African American communities is an ancient and powerful community practice. Listen and learn from a conversation between folklorist Selina Morales and SFA Master Artist, community leader, movement builder and storyteller, Rod Ambrose, about the vital role of traditional knowledge in building a more equitable future.

SELINA MORALES is a Philadelphia-based public folklorist whose work focuses on the intersection of community aesthetics, heritage, and social justice. She is currently working with the Southwest Folklife Alliance on the national Radical Imagination for Racial Justice initiative, coaching community-based researchers to document and interpret racial justice projects in their own ALAANA communities. She directs the Philadelphia Folklore Project and is a faculty member at Goucher College’s Masters in Cultural Sustainability Program, where she teaches ethical and effective cultural partnerships and nonprofit leadership and management. She serves as the Chair of the Board of Directors of the Folk Arts-Cultural Treasures Charter School and on the Advisory Council of the Smithsonian Center for Folklife and Cultural Heritage.

Originally from Chicago, ROD AMBROSE is a lifelong storyteller, pulling from the oral traditions of West Africa, where storytellers shared values, legends, and news through song and story. For over 47 years Ambrose has studied, learned, developed, composed, written, acted in and directed plays, and told stories in schools, universities and colleges throughout Arizona. Rod retired from the city of Phoenix Parks and Recreation Department in 2016, 50 years to the day that he officially entered the work force at the Chicago City Parks System. Rod moved to Arizona in 1968 after a dangerous experience of gang banging in Chicago. In Phoenix he came under the mentorship of Mr. Richard E. Harris, the first African American journalist at the Arizona Republic, and Helen K. Mason, the first African American woman to serve as Park Supervisor for the City of Phoenix and also founder of the now-legendary Black Theater Troupe Inc. Rod has served on numerous boards of directors, councils, community task forces and commissions throughout his career. In 1998 the First Offender Program Facilitated by Ambrose was cited by the Annie E. Casey Foundation as a Best Practices model and one of the top programs of its type in the United States. Ambrose established the chairmanship of the South Mountain WORKS Coalition, developed under the auspices of Southwest Behavioral Health to assist with the education and empowerment of the citizens of South Mountain Community Village in the reduction of underage drinking of alcohol and other drugs illegal to children and teens in the area. He served as chairman there from 2010-2015. Ambrose currently serves as Project Manager of the African Diaspora Advisory Council of the state of Arizona. Among his many awards, he is a 2016 recipient of the Southwest Folklife Alliance’s Master-Apprentice Artist Award. 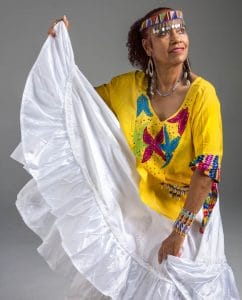 BARBEA WILLIAMS is an award-winning performer dedicated to sharing ethnic dance, theatre and visual cultural traditions that derive from Africa and the African Diaspora, as an arts educator, performing and visual artist. Currently, Ms. Williams is the co-founder and artistic director of Barbea Williams Performing Company (BWPC), in her 19th year as faculty for the School of Dance at the University of Arizona. She also serves as the managing director for the BWPC Dance and Art Academy, which offers various classes, workshops and residences specializing in African and African Latino cultural expressions. Her performances seek to transfer her audiences to another world rekindling spirits of missed opportunities.