Mexican weaving and embroidery are integral traditional art forms in Mexico and the Americas, closely tied to indigenous knowledge and resiliency. Join artists, activists, and scholars for a conversations that braids knowledge and experience to explore textiles as a form of cultural resistance, economic autonomy, and women’s collective empowerment.

You can view this event live on the TMY homepage or later on our TMY Videos 2020 page. To interact with others during the live streaming, you can watch on TMY’s Facebook page or TMY’s YouTube Channel. 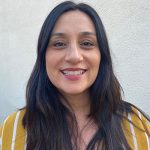 Dr. Michelle Téllez is an assistant professor in the University of Arizona Department of Mexican American Studies. She writes about transnational community formations, Chicana feminism, and gendered migration for academic journals, books and as public scholarship. A founding member of the Chicana M(other)work collective, the Arizona Son Jarocho Collective, and the Binational Arts Residency project, Dr. Téllez has a long history in grassroots organizing projects and community-based arts and performance. She is co-editor of The Chicana M(other)work Anthology: Porque Sin Madres No Hay Revolución (2019) and the author of Autonomy in the Spaces of Neoliberal Neglect: Las Mujeres de Maclovio Rojas (forthcoming 2021). 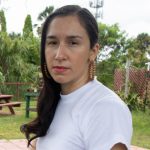 Nansi Guevara is a designer, artist, and teacher based in Brownsville, Texas. Originally from Laredo, she holds a bachelor’s in Fine Arts in Design from the University of Texas at Austin and a Master’s in Education from Harvard University. She is currently focused on design, education, and community public art to create spaces of resistance and affirmation, and economies of community cultural wealth and support. She is a graphic designer, an illustrator, and a textile/rasquache based public artist. She runs her own freelance design & education practice, Corazón Contento, based out of Brownsville, Texas and is an adjunct lecturer at the School of Art at the University of Texas Rio Grande Valley. Nansi has been awarded residencies, fellowships, and grants from the NEA, Artplace America, Fulbright, a Blade of Grass, NALAC, and most recently SFAI. 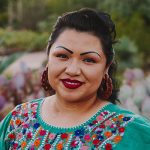 Maria Del Carmen Parra Cano is mami-preneur of Indigena & Sana Sana Foods. Maria is a Xicana Indigena born in Phoenix and grew up in Barrio Garfield along with her siblings. Maria received her undergraduate degree from Arizona State University, her MBA from Grand Canyon University and a culinary arts degree from Scottsdale Culinary Institute – Le Cordon Bleu. Maria is a mother of four children (2-7 years old). Mother, wife, sister, aunt, community organizer, danzante y mujer de ceremonia as part of the Calpoalli Nahuacalco, she is also co-founder and the Executive Director of the Cihuapactli Collective, Chef at the Healthy Roots Cafe, co-founder MEChA de ASU’s Xicana/o Graduation and board member for the Sagrado Galleria & the Orchard Community Learning Center in South Phoenix. Maria provides postpartum support as a CoMadrita/doula and provides rebozo workshops for use throughout the life cycle.